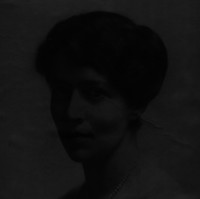 A year after graduating from the Sydney Kindergarten Teachers College, de Lissa accompanied the College's Principal to Adelaide to present kindergarten demonstrations with local children. The success of these demonstrations results in the establishment of the Kindergarten Union of South Australia.
1906

De Lissa was invited to become Director of a proposed free kindergarten on Franklin Street, one of Adelaide's poorest areas.The kindergarten comprised a cottage with a small garden.
1907

Recognising that she needed trained staff to work in Adelaide's kindergartens, de Lissa advocated for the establishment of a Kindergarten Training College. She was subsequently nominated the College's Principal, and also became the Director of the Kindergarten Union of South Australia.
1911

De Lissa travelled to Rome and participated in a Montessori training course. She subsequently introduced Montessori methods and equipment in Adelaide.
1917

De Lissa was offered the opportunity to become Principal of Gipsy Hill, England's first training college for teachers of young children. She remained in this post for thirty years.
1918

During the 1930s and 1940s, de Lissa became a world authority on early childhood, and greatly influenced the British government's post-war education planning and policy.
1955

De Lissa returned to Adelaide as the pioneer guest of honour for the golden jubilee of the Kindergarten Union of South Australia.
1967

Lillian de Lissa was born at Darlinghurst, New South Wales, on 25th October 1885, the daughter of merchant Montague de Lissa and his wife Julia (née Joseph). She was educated at Riviere College and became a gifted pianist but when she saw the remarkable transformation of slum children at the Woolloomooloo free kindergarten she devoted herself to this work. She graduated brilliantly from the Sydney Kindergarten College and became a kindergarten director. In 1905 she accompanied the College principal to Adelaide, at the expense of philanthropist Reverend Bertram Hawker, to present kindergarten demonstrations with local children. Their success led directly to the establishment of the Kindergarten Union of South Australia in September of that year. De Lissa was then invited to become director of the proposed Franklin Street Free Kindergarten in Adelaide’s poorest area. It was established in January 1906 in a cottage with a small garden.

‘Lovely-looking’ Lillian de Lissa was a widely-read intellectual who worked long and hard and had exceptional charm. She lived for a year in a cottage next door to the kindergarten where neighbouring families were in cramped, often unsanitary housing and infant mortality rates were high. Surviving children often caught infectious diseases and sought play space in the streets among horse-drawn traffic. De Lissa’s knowledge of the Froebelian principles of kindergarten and of child development was allied with her love and understanding of children. She visited their parents, inviting them to see the kindergarten. She had support from many Adelaide citizens, including Lucy Morice, who had helped Hawker, and Morice’s aunt, Catherine Helen Spence, the first subscriber to the Union. Young women volunteers assisted her in the kindergarten and the Union’s funds came from many small donations as well as large gifts from philanthropists like Sir William Mitchell, Peter Waite, Robert Barr Smith and Bertram Hawker.

De Lissa planned and directed the programmes where children learned through play. On the kindergarten’s floor circle they played games and sang to the piano. In groups at the tables they absorbed new concepts by playing with wooden blocks and other Froebelian equipment, while in the garden they dug in the sand. They took turns to prepare and serve the morning lunch of milk and healthy food, and on ‘scrubbing day’ cleaned the tables and chairs. Mothers who watched through windows were so happy with the kindergarten that they helped equally poor mothers from Bowden to visit it and minded their children while they did so. Bowden gained the next free kindergarten.

Lillian de Lissa needed trained staff, so she urged, and the Union agreed, that a Kindergarten Training College should be established. It opened in 1907 with de Lissa as both college principal and general director of the union. The ‘first eleven’ graduated two years later. She and others fought fiercely for the college’s independence when it could have become part of the State Education Department. In 1911 she was instrumental in founding a Kindergarten Union in Perth. In 1914 she undertook the Montessori training course in Rome and subsequently introduced the new methods and stimulating equipment to Adelaide.

In 1917 Lillian de Lissa agreed to become principal of Gipsy Hill, England’s first training college for teachers of young children, where she remained for thirty years. In 1918 she married Harold Turner-Thompson but they were later divorced. She became a world authority on early childhood, especially on nursery schools, and influenced the British Government’s post-war planning as chair of its Consultative Committee on Nursery-Infant Education in 1946-49. In 1955 she returned to Adelaide as pioneer guest of honour for the golden jubilee of the Kindergarten Union.

Lillian de Lissa died on 16th October 1967 at Dorking, Surrey. The de Lissa Institute of Early Childhood and Family Studies at the University of South Australia and the Lillian de Lissa Scholarship are named in her memory. 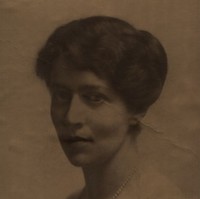 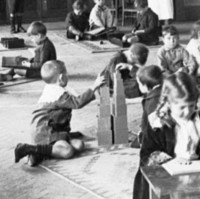