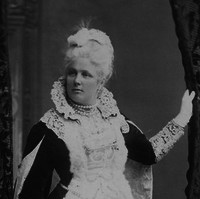 Elizabeth Spicer was born in 1846, the second child of Edward, a well-known Adelaide merchant, and Elizabeth née Hosken. Her mother had arrived in the colony in January 1838; followed by her father eight months later. The couple wed in 1842.

Young Elizabeth married Edwin Thomas Smith on 11 November 1869. She was Edwin's second wife, his first, Florence, died in 1862. Elizabeth became stepmother to Edwin’s eleven-year-old son, Horace Edwin, and nine-year-old daughter, Florence Ida. But the marriage did not result in any children of her own.

Elizabeth and Edwin were active Congregationalists, and practised at the Clayton Church in Norwood.

Elizabeth also proved a worthy mayoress and the couple were well known for their philanthropy. For his public service to the colony, Edwin was appointed KCMG in 1888.

A further instance of the splendid hospitality of the Mayor and Mayoress of Adelaide was given on Thursday evening, when Lady Smith entertained several hundred guests at a juvenile fancy dress ball in the Town Hall … It must be particularly gratifying to Sir Edwin and Lady Smith to find their public entertainments so much appreciated.

Since 1878, the couple had lived at The Acacias, a magnificent property on the corner of Portrush and Kensington roads, Marryatville. The house was extended to incorporate a banqueting hall where, according to The Advertiser, ‘their lavish hospitality has been enjoyed by many hundreds of citizens from all walks of life’.

Elizabeth died at home in 1911. Two years earlier she had met with an accident in which she had been thrown from a buggy, and from which she reportedly never fully recovered.

Edwin died on Christmas Day in 1919, after which their property became Loreto Convent, and later, Loreto College.

Elizabeth and Edwin are both buried in the Clayton Church Cemetery. 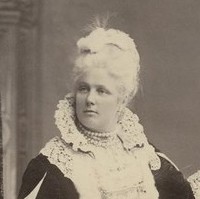 Image courtesy of the State Library of South Australia, SLSA: B 7723/1, Public Domain 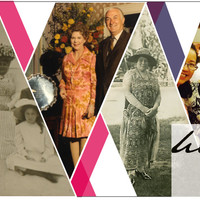