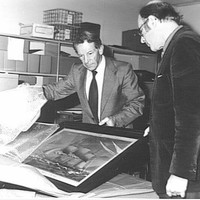 Establishment of the Historical Society of South Australia

John Miller Tregenza (1931–1999), historian, born in Port Lincoln, was educated at Nuriootpa and Adelaide, where he studied and briefly taught English at the University of Adelaide, completing an MA thesis on Australian little magazines which became his first published book. He then enrolled for a doctorate in history under W.K. Hancock at the Australian National University, writing what would become an acclaimed biography of Charles Henry Pearson, the nineteenth-century ‘Oxford Don and Australian Radical’.

Tregenza’s growing interest in South Australian history led in 1974 to his formally proposing the establishment of the Historical Society of South Australia, and serving as founding editor of its journal. In 1976 Tregenza left the University of Adelaide , where, besides supervising many theses on South Australian topics, he had helped save Elder Hall from demolition and earlier publicly opposed Australia’s Vietnam involvement.

As Curator of Historical Collections at the Art Gallery of South Australia he initiated the South Australian Historical Pictures Index, a systematic catalogue now housed in the Mortlock Library of South Australiana, another initiative with which he was closely associated. In the gallery’s Historical Museum he presented many thematic exhibitions featuring original works of art, accompanied by his own photographs of scenes depicted, as with a 1981 display of Duryea’s Adelaide panorama. Associated publications, including a biography of George French Angas, characteristically blended imagination with meticulous scholarship.

On joining the History Trust in 1981, Tregenza’s pre-eminent knowledge of South Australian history made him the obvious choice for the newly created position of Senior (now State) Historian. He continued to foster appreciation and study of South Australian history, especially in connection with the 1986 sesquicentenary,  before taking early retirement to work on a number of commissioned projects. No one has done more than this quietly spoken yet passionate man to show South Australians how important and interesting their own history can be. 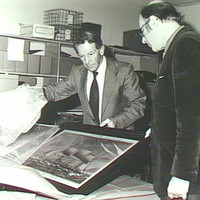 Image courtesy of the State Library of South Australia, SLSA: B 43700, Public Domain

Associated with:
Art Gallery of South Australia
Elder Hall
The University of Adelaide