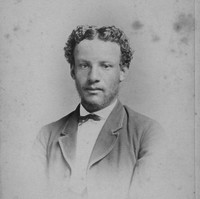 He drove a coach between Gawler and Adelaide, ran sheep on unoccupied land along the way and established a hotel, the ‘Travellers’ Rest’, where the Great North Road crossed the Little Para River. When the hundred of Yatala was proclaimed in 1846, Harvey bought 69 hectares, laid out and named the town of Salisbury, and sold the land at a huge profit.

Settling as a pastoralist and horse breeder, Harvey was a member of both Yatala and Munno Para District Councils and sat in the House of Assembly for Yatala, 1857–60.

The Pitman family history, 'Pitman Families in Australia' has information of John & Ann Pitman & their descendants.

Thanks Jane,
This entry has come via the The Wakefield companion to South Australian history, so it's just a short introduction, it's good to know where we can find more.

I’m Paul Harvey great great grandson of John Harvey. I’m Keen to exchange any information on John with anyone.

Hi Paul,
you can contact us direct at sahistoryhub@history.sa.gov.au and we'll be happy (with your permission) to pass on your contact details to anyone else who gets in touch.

Hi Catherine,
Thank you, I will do that for sure.
regards
PH

Hi Paul, would love to chat with you about John Harvey and some upcoming projects I am involved in regarding his establishment of Salisbury. I am at eidolon@live.com.au

Hi Paul Would love to talk to you about some upcoming history projects involving historical accounts of John Harvey.

Thanks Allen,
We'll pass your contact details on to Paul.

I am researching the Salisbury Institute and have found that before the Institute was built there the group met in the Assembly hall or room, that was thought inadequate in 1884 when they decided to build an institute, I have read that Mr Harvey lent out the assembly room at his Salisbury Hotel. Did John Harvey have the Salisbury Hotel? Do you know about another assembly room around that time? Where it is/was? Adelaide Express, 28 September 1864 p.2, ‘Salisbury’. South Australian Advertiser 5 December 1884, p.6..

Hi Jelie, the Assembly Room was on the top story of the New Road Inn. The New Road Inn is now the Salisbury Hotel, the upper level was removed a long time ago.

Hi Jelie,
I'm afraid I don't know the answer to your questions but we can do some digging and see whether we find anything. It might be worth trying the Sands & McDougall directories which you can find here: https://guides.slsa.sa.gov.au/c.php?g=410329&p=2795763 and Trove: https://trove.nla.gov.au/newspaper/search?adv=y if you haven't already.

John was my GG grandfather. I have done extensive (years) of research on him...with good results from his birthplace, Wick, County Caithness. John was illiterate until his marriage to Ann Pitman, and was most probably the son of a West African man from The Ivory Coast, who was taken to St. Helena. DNA results support this.

Hi Ally
Please contact me on my email address regarding exchanging information on John Harvey. I was also my GG Grandfather.

That's exciting Alana, it would be great to hear what you find out.

I find it interesting his African lineage has been ignored. His obituary states he was educated to Grammar and High School levels, and his father was from St. Helena (probably a freed slave from West Africa), returning with Lord' Duflis.' This may be the Laird of Duffus, either James Sutherland or Benjamin Dunbar, but I cannot find any record of them regarding St. Helena.

This is a short entry first published in 'The Wakefield companion to South Australian history' Robyn, it would be great to have more research and information in here eventually, we'll keep you posted if we're able to update with a revised version in future.

Thanks for adding all that detail Ally, what a fascinating family history.