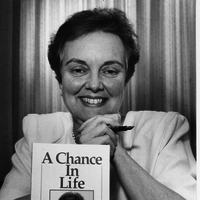 Jennifer Cashmore was a trailblazer in South Australian politics.

After a short career in journalism and advertising copywriting she moved into public relations. In 1977 she was elected to the South Australian House of Assembly as the Liberal Member for Coles under her married name Jennifer Adamson.

Cashmore was the third woman to be elected to the South Australian House of Assembly after Liberal Joyce Steele, elected 1959, and ALP's Molly Byrne, elected 1965. Cashmore became South Australia's first female Minister of Health when she was promoted to that position in 1979. She served as the Minister of Health and Minister of Tourism in the Tonkin Liberal Government from 1979-1982. Cashmore held several shadow portfolios in the period between 1982 and 1989, including Environment and Planning, the Arts and the Economy. She then sat on the back bench until retiring from politicis in 1993. For twelve of the close to seventeen years in which Cashmore served in the state House of Assembly she was the only woman representative of her party.

She reverted to her maiden name, Cashmore, in 1986 after her marriage to Ian Adamson ended.

Cashmore was one of the people who suggested that cigarettes should be sold by pharmacies in brown paper bags. During the debate on the Bill to ban cigarette advertising she announced that she would cross the floor to vote. The Liberals filibustered until 2am but she stayed for the vote, despite the fact that she had a broken ankle and was on crutches, and she was getting married the next day.

Cashmore resigned from the front bench in 1989 after the Environment portfolio was taken from her following a dispute with Liberal Party leader John Olsen over the proposed Wilpena Station Resort development. Cashmore's opposition to the resort proposal resulted in her threatening to stand in front of the bulldozers and even writing a poem, to be turned into a song, in order to reach a larger audience.

Her position on a number of environmental issues led to her being dubbed the 'green conscience' of the state Liberal Party. In the early 1990s she argued that a move to a solar hydrogen based economy was a logical next step in the history of technological development, especially given the availability of resources in South Australia.

As Shadow Treasurer Jennifer was the first to raise questions in Parliament about the State Bank, and more specifically the lending practices of the State Bank, on behalf of the Liberal Party leadership. This resulted in criticism from business, the banking industry, the media and politicians directed at herself and the party. The collapse of the State Bank two years later prompted a Royal Commission into its pracices and failures.

Cashmore felt strongly that as a politician it was her role to give people a voice and make people think. Frustrated that her speeches based on months of research and reflection were receiving a limited audience, she considered other ways of communicating her ideas. To this end she re-worked a number of her speeches as essays and had them published in 1991 under the title A Chance in Life.

In 1990 Cashmore proposed forming a select committee of the House of Assembly to address the problems surrounding compassionate care for the dying. The seven person committee proposed a bill in 1992, but this lapsed due to the election and change of government the following year. Her role in ensuring both sides of parliament worked together to develop legislation regarding palliative care and rights of the dying has been acknowledged by those in the sector.

In May 1992 Cashmore challenged John Olsen and Dean Brown for the Liberal Party leadership but was unsuccessful. She decided to retire from parliament at the election the following year. Her reforming energy outlived her time in office. In her online statement introducing the inaugural Jennifer Cashmore oration, Elizabeth Ho, OAM, draws attention to Cashmore's dedication to ensuring the right of each of us to specify our wishes regarding end of life

As a parliamentarian, Ms Cashmore was the critical figure of her times in cementing the transformative principle of patient consent to medical treatment that has shaped our modern societal responses. Her work from the opposition benches brought together all sides of politics to support major changes that culminated in the Consent to Medical Treatment and Palliative Care Act 1995. This became the foundation of our contemporary law on informed consent, advance care directives, medical powers of attorney, and palliative care.

Cashmore and her four sisters all attended Walford Anglican School for Girls.

Cashmore was married to Ian Adamson when she was first elected. In 1988 she married journalist and author Stewart Cockburn. She has two daughters and one son. Daughter Frances Adamson became South Australia's 36th Governor on 7 October 2021.

Since retiring from Parliament, Cashmore has served on numerous boards and committees and continued to dedicate time to supporting causes close to her heart.

Cashmore continued her involvement in debates regarding decisions about end of life, care for the ageing and community health. She sat on the Ministerial Advisory Board on Ageing, was Chair of the SA Association for Hospice and Palliative Care and Patron of the Alzheimer's Association SA. She was appointed to the inaugural board of the Charitable and Social Welfare Fund by the Minister for Family and Community Services (1996-1999). In 2000 she was appointed to the National Childcare Accreditation Council.

Cashmore was appointed to the first board of the Environmental Protection Authority, 1995, due to her experience in campaigns and policy surrounding environmental conservation and involvement with community groups on environmental matters.

In 1998 she was made a Member of the Order of Australia for service to the South Australian Parliament and service to the community in the areas of palliative care, women's issues and economic development. 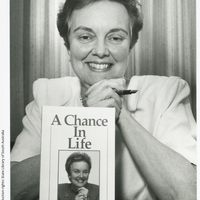 Image courtesy of the State Library of South Australia SLSA: B 72636/31 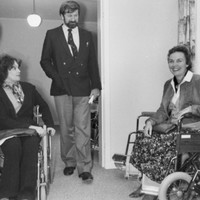 Department of the Premier and Cabinet, Government of South Australia, 'Our New Governor', https://www.dpc.sa.gov.au/news/our-new-governor accessed 9 November 2021.

The University of Melbourne, 'Witness ... to the history of Australian Medicine', https://witness.esrc.unimelb.edu.au/148.html accessed 9 November 2021.