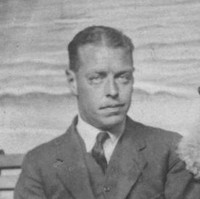 Born into a family of early South Australian settlers from Guernsey, John Archer Proctor Kaines, son of Lawrence and Isabel (Queenie) Kaines, was born on 20 November 1896 at College Park, South Australia. The family moved to Sydney where he commenced his education at Sydney Grammar School. In May 1914 Kaines was articled to the law firm of Hain and Seabright, but was not there long, preferring the life of a jackaroo. In September 1915 he enlisted in the Australian Imperial Force (AIF) and joined the 36th Australian Heavy Artillery Brigade as a gunner in France. He served most of his time as a despatch rider and had his motorcycle shot from under him eight times.

In mid-1917 Kaines suffered from a gas attack and was evacuated to England in order to recover. He used this time fully, being charged for being absent without leave, one of many occasions. On his return to Australia in early 1919 he was suffering neurasthenia, more commonly known as shell shock.

After recovering from the war Kaines took the position of housemaster on the staff of Queen's School, North Adelaide before teaching at Scotch College from 1928. During that time he purchased an Austin Seven and became Captain of the Austin Car Club as well enjoying golf, winning the AIF Cup in 1927.  In 1930 he was arrested and charged with drunk driving in such a state “as to be incapable of exercising effective control. His lawyer argued that alcohol affected him due to the gas attack. The judge cancelled his license and made him pay costs, including repairing the constable's uniform. In an effort to control him Kaines was sent by his father to work in China. He married Nellie Letcher in August 1931 at St Peter's Cathedral, North Adelaide having three children.

Kaines joined the Royal Air Force Volunteer Reserve in May 1941 ferrying aircraft in England before transferring to the RAAF in July as a Flying Officer. After serving at Malay bases, having been placed on loan to the RAF, he joined 205 Squadron, which had just been reformed in Ceylon. Though promises were made to unite the Australians in this theatre nothing was done. Kaines later became a member of Lord Louis Mountbatten's staff, a fact he was immensely proud of, though short-lived. He returned to Australia in March 1945 surprising his family, with his appointment being terminated in June 1946 with the rank of Flight Lieutenant. His post-war career saw him work in the Motor Registry Division, but his true passion was collecting mechanical devices of any kind, and speed.

Kaines was an inveterate collector. No matter the size of object, he collected it. All of which ended up in the Birdwood collection. Influenced by his cousin who sold motorcycles, Kaines raced not only motorcycles but also outboard motor boats, representing the state in 1933 and breaking a speed record in 1938. To celebrate his 75th birthday he rode his 1200cc Brough Superior at full speed down the main street of Birdwood.

Jack Kaines was the “stuff of legend.” 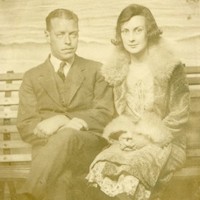 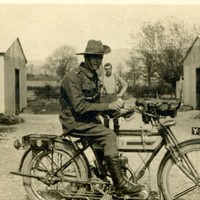