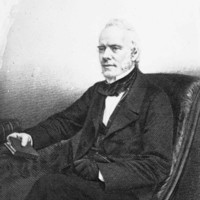 George Fife Angas was born on 1st May 1789 at Newcastle, England, the son of coachmaker Caleb Angas and his second wife Sarah Jameson (née Lindsay). At the age of fifteen he became an apprentice in his father’s business and was appointed overseer five years later. On 12th April 1812 he married Rosetta French and they were to have seven children. In 1824 he moved to London where he established a shipping firm, extended his activities into the sphere of banking, and became well known for his philanthropic support of many benevolent societies and missionary organizations.

In 1832 he joined the committee of the South Australian Land Company, expressing a keen interest in the establishment of a free colony where people could enjoy both civil and religious liberty. When the South Australian Colonization Act was passed in 1834, the price of land was fixed at 20 shillings an acre. Sales were slow, delaying the foundation of the colony, but Angas stepped in, offering to take up most of the remaining land at 12 shillings an acre. He bought over 13,000 acres, transferring them in 1836 to the newly-formed South Australian Company, of which he was Chairman. By the end of March 1836 Angas had despatched three ships, the Duke of York, the Lady Mary Pelham and the John Pirie, well in advance of the Rapid, carrying Colonel Light, and the Buffalo. Under Angas’ control, the South Australian Company soon became a vigorous, money-making enterprise and played a vital part in the development of the colony.

In 1841 Angas established the South Australian Banking Company (later the Bank of South Australia) and throughout the 1840s devoted himself to promoting the province by giving lectures, publishing pamphlets and recruiting emigrants. He persuaded the large group of German Lutherans under Pastor August Kavel to emigrate to South Australia and he also provided the colony with many Nonconformist ministers.

Though he had a reputation for benevolence, Angas was always a shrewd businessman. He knew that the influx of German immigrants would ensure a good supply of workers for the gentry and keep the price of labour down. In addition, the German settlers bought land from him at ten times the price he had paid for it, while at the same time paying ten per cent on their debt. Hence the phrase that Angas was often tagged with: ‘Philanthropy plus ten per cent’.

Angas himself finally emigrated, arriving at Port Adelaide in January 1851 with his wife and youngest son. He built a spacious house at Lindsay Park, near Angaston, and the same year entered the Legislative Council as the Member for Barossa, serving continously for fifteen years.

He was a conservative in a progressive parliament and his views were often unpopular. He opposed the annexation of the Northern Territory, the immigration of Irish pauper girls and the growth of a national debt to develop railways in preference to roads. However, he won respect for his independence, his integrity and the painstaking industry he exerted in his parliamentary duties. He continued to contribute widely to many religious, educational and benevolent institutions, and towards the close of his life was reputed to be giving away £10,000 a year.

George Fife Angas died on 15th May 1879 and was buried in the family vault at Lindsay Park. The Angas Memorial, which depicts the achievements of the family in a rather florid style, is situated near the intersection of King William Road and War Memorial Drive, Adelaide. When, in 1909, the family proposed to erect it in Victoria Square, on the site intended for the statue of Charles Sturt, a public outcry ensued. Not all South Australians regarded Angas as a benefactor, the Trades and Labour Council claiming that he was no friend to the worker. The family backed down and the memorial was placed in the Prince Henry Gardens on North Terrace. In 1930 it was moved to its present site. 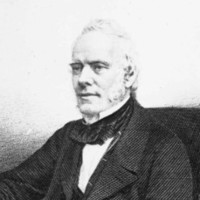 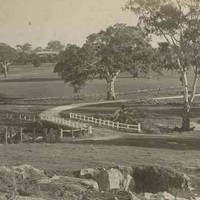 Image courtesy of the State Library of South Australia, SLSA: B 57371/30, Public Domain 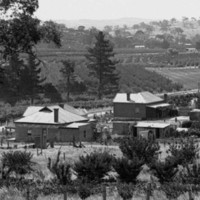 George Fife Angas was the namesake for the town of Angaston, c.1920s. He resided there during the 19th century.