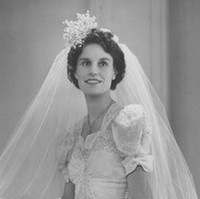 Dame Ruby Litchfield epitomised the saying that if you want something done, ask a busy person. She was the first woman appointed to the Board of the Adelaide Festival Centre Trust, a founder member of Festival City Broadcasters and was a board member of numerous other organizations, including the Adelaide Festival of Arts, the South Australian Housing Trust and the Carclew Youth Performing Arts Centre. In 1988 she was quoted in the Advertiser as saying, ‘I think everyone is born with a gift, although some don’t nurture it, and I think I was born as a communicator, an organizer with a love of life. And I’ve always loved people, especially young people.’

Ruby Beatrice Litchfield was born on 5th September 1912 in Subiaco, Western Australia, the daughter of Alfred John Skinner and his wife Eva Hanna (née Thomas). She was educated at North Adelaide Primary School and Presbyterian Girls’ College. Her mother sent her to dancing and elocution lessons at an early age and she became a champion Scottish dancer and a reciter of poetry at charity functions. This was the foundation for a life-long love of, and involvement in, the arts. Acting was her passion ‘although I wasn’t any good at it’. She directed thirty-five plays for the Adelaide Repertory Theatre and was made a life member in 1967. Their production of The Little Foxes, in which she played the lead role of Regina, won the Commonwealth Jubilee Play Competition at the Hobart Drama Festival in 1951. Her last play for the ‘Rep’ in 1983 was Barry England’s Conduct Unbecoming, which Sir Robert Helpmann had been imploring her to do for fifteen years.

On 22nd August 1940 she married Kenneth Litchfield and they had one daughter. From 1954 to 1957 she served as Mayoress of Prospect during her husband’s term as Mayor. Prominent in the tennis world, she was South Australian hard-court champion three years in a row (1932-35), President of the Sportswomen’s Association (1969-74) and a member of South Australia’s Davis Cup committee.

Her organizational and communication skills were legend and she used them to serve the needs of over sixty charities in her lifetime. These included the Queen Victoria Maternity Hospital, the Kidney Foundation, the Red Cross Society (S.A.), the Crippled Children’s Association, the Sudden Infant Death Syndrome Research Foundation and the Regency Park Centre for Young Disabled. For many years she was a judge of the Miss South Australia and Miss Australia Quests. In 1959 she was awarded an O.B.E. for her services to the community.

She worked for five state premiers and in 1971 became a Trustee of the newly-established Adelaide Festival Centre, a position she held until 1982. In 1981 she was made a Dame of the British Empire (one of only three Dames in South Australia) and in 1993 the state government established the Dame Ruby Litchfield Scholarship for performing arts.

She once said, ‘I don’t seek glory, I just do things. If I’ve got a challenge I make a success of it.’ Dame Ruby possessed a great deal of determination and her energy was limitless. She was modest in her achievements and had a great generosity of spirit. Invitations to her parties were highly sought, young people found her very approachable and she was a mentor to many. Her eight years chairing the Youth Performing Arts Council gave her great satisfaction.

Her personal philosophy was simple: ‘To live and let live . . . it’s a simple way of looking at life. To do as much as you can, but if another person wants to live another way, you don’t knock it.’ Of her relationship with young people, she said, ‘If they’re way out, I go with them. I guide them but I don’t knock what they’re doing. I’ve never been a knocker. I can work with anyone providing they’re working for a cause and not just doing it socially.’

Dame Ruby Litchfield died on 14th August 2001 and was cremated. 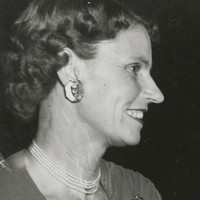 Dame Ruby Litchfield (left) speaks with a group of people at a social event, c. 1950s 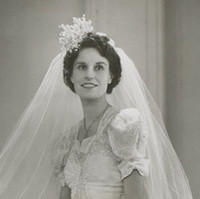 Dame Ruby Litchfield dressed in a bridal gown on her wedding day, 1940