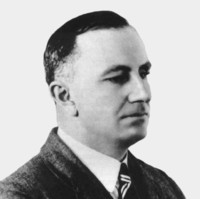 Charles Hawker was born on 16th May 1894 at Bungaree Station, near Clare, South Australia, the son of station manager Michael Hawker and his wife Elizabeth Begg (née McFarlane). It was here that his grandfather, George Hawker, had settled in 1841 and begun the accumulation of a vast pastoral empire. Charles was educated at Geelong Grammar School, Victoria, and from his early years had a fascination with politics that sometimes amazed his youthful friends who did not share his interest.

In May 1913 he began studies at Cambridge University, England, where he joined the Officer Training Corps. When war was declared in August 1914, he joined the Somerset Light Infantry and the following year his battalion was sent to France. In September 1915 he was seriously wounded in action at Ypres, losing his left eye and suffering horrific injuries to his arms and legs. With tenacity he regained something of his former health and, despite his disabilities, took a bombing course and returned to the front line. Commissioned as captain in May 1917, he was sent back to France and fought at Passchendaele. Again he was terribly wounded, this time by shelling from his own artillery. His spine damaged, he was told he would not walk again but, through dogged persistence, he resumed his course at Cambridge and completed it with distinction.

Hawker returned to South Australia in February 1920 and took further university courses as well as practical business training. He also spent much time at his father’s property, North Bungaree. It was here, on rocky hillsides, that he forced himself to walk unaided. In 1925 he purchased ‘Dillowie’, a property near Hallett, and began breeding stud Merino sheep.

Hawker’s political career was launched in 1928 when he was appointed to the Commonwealth Board of Trade and elected President of the Liberal Federation of South Australia. Despite indifferent health, he stood for the Federal seat of Wakefield in 1929 and was elected to the House of Representatives. He became a point of interest for political journalists and was admired for his forthrightness, plain speeches and broad views. During the Depression, Hawker spoke for the farmers and rural people, often in the midst of antagonism.

In January 1932 he was given the portfolios of markets and repatriation in the Lyons-Latham ministry and continued to be popular with media and public alike. His championing of rural causes and his advocacy of reduced salaries for Members of Parliament eventually led to disagreement with his leaders and to his resignation from the ministry. Yet these differences did not lessen his determination to learn more about Australia and to give rural people a political voice. He travelled extensively throughout the bush, listened to its people and acted on their requests. He argued constantly for reduced costs and stabilized prices and also championed the development of the viticulture and fruit-growing industries.

In the mid-1930s he travelled in England, France, Germany, Japan and China, investigating agriculture, livestock, marketing arrangements and trade agreements. He had a reputation for being well-informed in parliamentary debates and possessing an excellent grasp of both national and international affairs.

On 25th October 1938, just as it appeared that he was to be asked to re-enter Federal Cabinet, Charles Hawker was killed when the A.N.A. aircraft Kyeema, on which he was travelling, crashed into Mount Dandenong in Victoria. The tragedy stunned the entire nation and a State memorial service for Hawker was held at St. Peter’s Cathedral, Adelaide. He was cremated and his ashes buried at St. Michael’s churchyard, Bungaree. Buildings at St. Mark’s College and the Waite Agricultural Research Institute perpetuate his memory and in 1968 a new Federal electorate was named after him. In 1991 the C.A.S. Hawker Scholarships, the richest undergraduate scholarships in Australia, were established by the trustees of his estate. 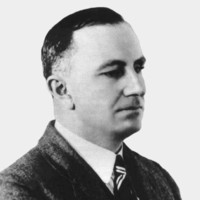 Photographic portrait of Charles Allan Seymour Hawker during his term as Minister for Markets, c. 1935 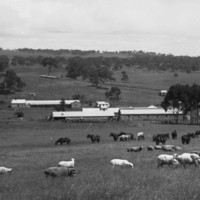