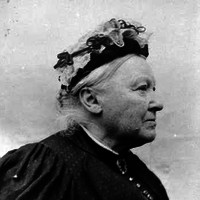 Catherine Helen Spence was born on 31st October 1825 in Melrose, Scotland, the daughter of lawyer and banker David Spence and his wife Helen (née Brodie).
1839

Published Clara Morison: A Tale of South Australia during the Gold Fever

The Adelaide Observer serialises 'Gathered In'

Published An Agnostic's Progress from the Known to the Unknown

Published A Week in the Future

Stood for election to the Federal Convention

Catherine Helen Spence died on the 3rd April 1910. She was buried at St. Jude’s Cemetery, Brighton.
2000

Face replaced the Queen's on the Australian $5 note

In October 1905, at a public gathering in Adelaide to celebrate Catherine Spence’s eightieth birthday, South Australia’s Chief Justice, Sir Samuel James Way, proclaimed her ‘the most distinguished woman they had had in Australia’. She responded with an uncompromising statement of her feminism: ‘I am a new woman, and I know it. I mean an awakened woman . . . awakened to a sense of capacity and responsibility, not merely to the family and the household, but to the State; to be wise, not for her own selfish interests, but that the world may be glad that she had been born.’

Catherine Helen Spence was born on 31st October 1825 in Melrose, Scotland, the daughter of lawyer and banker David Spence and his wife Helen (née Brodie). In 1839 the family emigrated on the Palmyra to South Australia where Catherine gradually built a multi-faceted public career. To have managed this in a period when a woman’s ethic was ‘duty and renunciation’ was probably her most remarkable achievement.

Between 1854 and 1889 she produced seven novels, two novellas and a religious allegory. The first work, Clara Morison: A Tale of South Australia during the Gold Fever (1854), was the first novel about Australia written by a woman. Spence’s earliest writings were published anonymously or under her brother’s name. However, by the mid-1860s she was publishing under her own name and in 1878 this resulted in an offer of regular employment on the literary pages of the South Australian Register. She was an ‘outside’ contributor, so that she would not trespass upon the masculine world of the newspapermen. Nevertheless, she was jubilant at this appointment.

Her other sphere of interest was social and educational reform. In 1872 she worked with Caroline Emily Clark to establish and run the Boarding-Out Society for orphaned, destitute and reformed delinquent children committed to the Industrial School.  She was a member of the East Torrens School Board and wrote the first South Australian social studies textbook for schools, The Laws We Live Under, published in 1880. She also participated in the work of the State Children’s Council, established in 1886.

Spence had joined the Unitarian Christian Church in the 1850s following a period of religious despair over the doctrine of predestination in the Established Church of Scotland. In 1878, inspired by Martha Turner, pastor of the Unitarian Church in Melbourne, Spence began delivering her own sermons, a practice she extended to congregations in Melbourne and Sydney and, in 1894 when she attended the International Conference on Charities and Correction, throughout the United States.

Short, stout and with a direct, forceful manner, she developed a talent as a public speaker which won her even wider affection and acclaim when, in 1893, she took to the hustings throughout South Australia in a campaign funded by Joanna and Robert Barr Smith in favour of electoral reform. For the rest of her life she campaigned, unsuccessfully, for the introduction of proportional representation, standing for election to the Federal Convention of 1897 to publicize her cause. This made her the first woman to seek political office in Australia. In 1891 she became Vice-President of the Women’s Suffrage League and actively supported the campaign for votes for women, successful in South Australia in 1894. She spoke at meetings of the Women’s League (an organization for the political education of women), urged the establishment of the National Council of Women in South Australia and was an instigator and Vice-President of the Kindergarten Union.

When she died on 3rd April 1910, Catherine Spence was mourned as ‘The Grand Old Woman of Australia’. She was buried at St. Jude’s Cemetery, Brighton, and is now commemorated by a scholarship, an electoral district, a primary school and a statue in Light Square, Adelaide. In the year 2000 her face replaced that of the Queen on the Australian $5 note.

Susan Magarey AM, FASSA, PhD, is Adjunct Professor in History at Adelaide University. 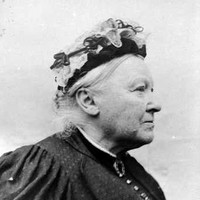 Courtesy of the State Library of South Australia, SLSA: B 36575, Public domain 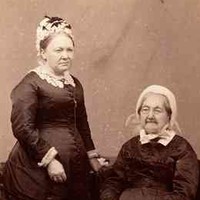 Courtesy of the State Library of South Australia, SLSA: B 7106, Public domain 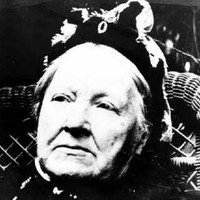 Image courtesy of the State Library of South Australia, SLSA: B 6759, Public Domain. 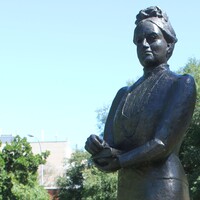