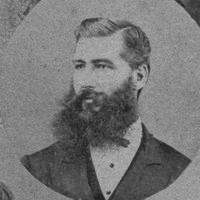 Henry Hancock was born on 1st April 1836 in Horrabridge, Devon, England, the son of George Hancock and his wife Sarah (née Lipson), both of whom were blacksmiths and wheelwrights. Henry started his working life as a wheelwright in the family business following the early death of his father but later worked in local mines close to the Cornish border. In 1859 his skills as a mining engineer saw him appointed to the managership of Wheal Ellen, a silver-lead mine at Strathalbyn in South Australia.

Following the discovery of copper on northern Yorke Peninsula in December 1859, mining began at Wallaroo, and Cornish miners were brought in from the mines at Burra and Kapunda. In 1861 another large copper discovery was found twelve kilometres to the south at Moonta and the two mines became magnets for Cornish mining families all over the world. However, during the first three years, the Moonta Mine was beset by poor management skills, a three-month-long strike and litigation over its ownership.

Hancock worked as an assayer of ores at the Moonta Mine in 1861 and the following year became Captain of the adjacent Yelta Mine. In 1864 he was appointed Manager of the Moonta Mine, a position he held for thirty-four years. He substantially reorganized the operation and on his suggestion many more workers were brought from Cornwall and from the Victorian goldfields. He introduced extra machinery, notably a Cornish steam engine which was assembled by Frederick May of Gawler. It powered the pumps, winches and ore crushers which had previously been hand-driven. By 1865 he had set up tramways to move ore around the site and in 1866 a railway replaced the wagon teams in transporting the huge volume of ore to the smelters at Wallaroo.

On 24th April 1866 Hancock married Sarah Annie Maynard and they had three children before Sarah died of typhoid in 1870. On 28th August 1872 he married Loveday Maria Jolly who not only brought up Sarah’s children but had ten more of her own.

The Moonta Mine was rapidly extended and production increased. Hancock served his Adelaide directors well with weekly reports on the ore raised and the improvements introduced, as well as recommendations for future expansion. In the period 1864-1873 the output of the mine trebled and shareholders received £840,000 in forty-four dividends. By 1874 the mine had a workforce of 900. Hancock was ever vigilant over miners’ wages, which tended to fluctuate with the price of copper, and in 1873 he persuaded the directors of the company to guarantee a minimum weekly wage. He designed a percussion drill for drilling the holes in the ore-body into which the explosives were inserted but his main invention was the Hancock Jig. This consisted of a series of metal sieves which moved back and forth and up and down 150 times per minute, enabling low-grade ores to be treated quickly. After the amalgamation of the Wallaroo and Moonta Mining and Smelting Company in 1889, Hancock became its General Manager, retiring in 1898.

An imposing figure with a bushy beard and a long black coat, he was a devout Wesleyan Methodist and expected all of his workers to attend church. He also compelled them to join the medical club for which they paid a small weekly fee entitling them to free consultations and medicines. He established a brass band, a library, a reading room and, for the ‘picky boys’ who worked on the sorting tables, compulsory night school. He helped to found the Moonta School of Mines, the Moonta Gas Works and the Point Pearce Aboriginal Mission.

Henry Hancock died on 14th January 1919 and was buried at Payneham Cemetery. His fame had spread far and wide, so much so that miners employed in the Witwatersrand gold-fields in South Africa would on occasion exclaim that they wouldn’t do a certain task ‘not even for Cap’n ’Ancock!’ 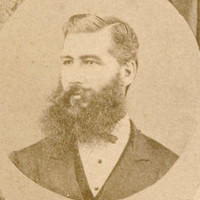 Image courtesy of the State Library of South Australia, SLSA: B 682, Public Domain 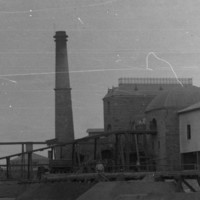 Why hasn't some eminent historian written up the true history of Australia's Little Cornwall instead of the sanitized version. Oswald Pryor gives hints of something deeper - page 92/93 re the Euko Mine - that dodgey story involved Henry Hancock himself. Ironically the one person who knew about it (satire poem in OP's book) was Captain John Warren - how come this legend (in mining) hardly gets a mention. Secondly the entire region was run via the Scots from Fife - The Elders, Hughes and a related set of cronies (incl William Peter for the fraud) - send me a USB and any historian truly seeking the truth of those times can have all my amateur research on the region - for free. I would love some historian to finally put the truth out there!
Thank You
GBK
8 New England Highway
Crows Nest 4355 QLD

Why the passion? my heritage is Cock, Pryor, Rawlings & Lugg at
Burra, Strathalbyn and Hamley.....

We welcome contributions from all sources, Garry, if you have more you wish to add you can contribute through the 'add to' button at the top of the article and your piece will appear as a linked story, and through the Stories menu on the front page.