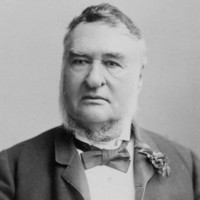 Finniss took a deep interest in the province’s government.
1851

Finniss is nominated to Legislative Council

It is in this role that he took a leading part in formulating South Australia’s Constitution.
1881

Boyle Travers Finniss (1807–1893), South Australia’s first premier, was born at sea off the Cape of Good Hope and educated at the Royal Military College, Sandhurst. Selling his army commission in 1835, he was appointed assistant surveyor to William Light and arrived in South Australia the next year. An able surveyor, he supported Light in his disagreement with Governor John Hindmarsh about the Adelaide site, became a well-respected public servant and established himself in a land agency and surveying business. Appointed colonial treasurer and registrar-general in 1847, Finniss took a deep interest in the province’s government. Nominated to the Legislative Council in 1851, he took a leading part in formulating South Australia’s Constitution, administered the colony between governors Henry Young and Richard MacDonnell (1854–55) and was elected to the first House of Assembly under responsible government in 1857. Briefly South Australia’s first premier (although the title was not officially used) and chief secretary (October 1856–August 1857), Finniss sat in parliament until 1865. Head of the government survey of Adelaide River in the Northern Territory, Finniss suffered some criticism but back in Adelaide held several official positions before his retirement in 1881. His Constitutional History of South Australia (1886) offers valuable insights into the transfer from gubernatorial to parliamentary government and the personalities of some of the actors. 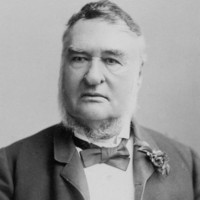 Image courtesy of the State Library of South Australia, SLSA: B 11204, Public Domain 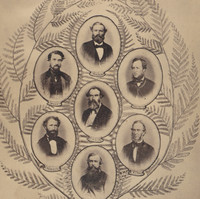 Image courtesy of the State Library of South Australia, SLSA: B 11347, Public Domain