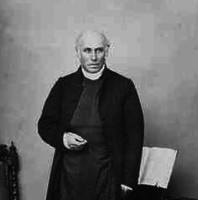 After serving as an Oxford college tutor and vicar in Northamptonshire, Short emigrates with his family to Adelaide.
1855

In an effort to improve the condition of South Australia's struggling Anglican Church, Short creates a system of diocesan self-government through a representative synod. At the same time, he promotes the Church's financial self-support.
1869

Short is instrumental in the construction of St. Peter's Cathedral, and lays its foundation stone.
1874

Short is one of the founders of the University of Adelaide, and serves as its first Vice-Chancellor and second Chancellor.
1881

As a consequence of failing health, Short resigns as bishop of Adelaide and returns to England.
1883

Short dies at Eastbourne in London a couple of years after leaving South Australia.

Augustus Short (1802–83) was South Australia’s first Anglican bishop. Born in Devon, he was educated at Westminster School, London, and Christ Church, Oxford University (BA 1824), and then ordained in the Church of England. In 1835 he married Millicent Phillips. Of their ten children, six survived to adulthood. After some years as an Oxford college tutor and then as vicar of a country parish in Northamptonshire, in 1847 Short was appointed bishop of Adelaide and was consecrated in Westminster Abbey. He arrived in South Australia with his family in December 1847.

Short was an energetic and often innovative leader of South Australia’s Anglican Church, which, before his arrival, had been struggling to get started. He laid firm institutional foundations. His first tasks were to create a system of diocesan self-government through a representative synod (1855) and to promote financial self-support. He also began the building of St Peter’s Cathedral (1869), recruited clergy, founded St Barnabas’ Theological College (1880), encouraged the creation of educational and charitable institutions that served the whole community, and took a close interest in the Poonindie Aboriginal mission. Until prevented by old age, he made regular pastoral visits by horse and trap to almost every part of the colony. He was active in promoting colonial education. In 1849 he turned an existing collegiate school for boys into a definitely Anglican institution, St Peter’s College, with the bishop of Adelaide as president of its council of governors. A founder of the University of Adelaide in 1874, he was its first vice-chancellor and second chancellor.

Theologically a traditional high churchman, Short developed sympathy for aspects of the Oxford (or Tractarian) movement but his relations with evangelical Anglicans were often strained. His insistence that the doctrines and government of the Church of England expressed the purest form of Christianity, and his assumption of Anglican social superiority, created friction in a colony that contained a high proportion of Methodists and Protestants from the English Dissenting tradition. They resented the bishop’s style of Anglicanism and his opposition to ‘common Christianity’. Short resigned as bishop of Adelaide at the end of 1881, returned to England and died at Eastbourne. 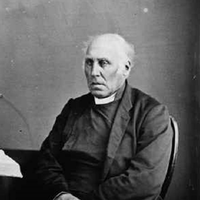 Image courtesy of the State Library of South Australia, SLSA: B2778, Public Domain 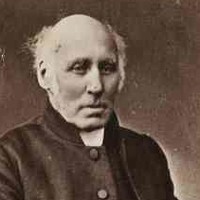 Image courtesy of the State Library of South Australia, SLSA: B26276, Public Domain Image courtesy of the State Library of South Australia, SLSA: B61299, Public Domain Scarfe, Janet, ‘The Diocese of Adelaide (and the West)’ in Colonial Tractarians: The Oxford movement in Australia, ed. Brian Porter (Melbourne: Joint Board of Christian Education, 1989), pp 75–104.

Founder:
The University of Adelaide