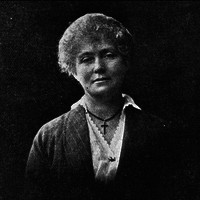 Alexandrine Seager was born at Ballarat, Victoria, on 10th November 1870, the daughter of miner and farmer William Laidlaw and his wife Helen Mickel (née Dickson). Called Ina or Alexandra, she grew up at Powlett Plains in central Victoria and was educated at home. On 16th June 1891 she married Clarendon James Seager, a former British cavalry officer, and they had six children. In 1908 they moved to Adelaide and a year later Alexandra Seager started a prosperous business, the Scholastic Agency, which supplied governesses and servants to country people.

In November 1914, after visiting the Morphettville camp to see her eldest son, who had enlisted in the A.I.F., Mrs. Seager appealed in the press for South Australian women to give greater support to the war effort. With the support of William Sowden, editor of the Register, she formed the Cheer-Up Society to provide ‘general comfort, welfare, and entertainment’ for the soldiers. As organizer and secretary of the Society, she assembled a group of volunteer women helpers of high moral character, most with relations serving overseas. They visited army camps and hospitals, befriended lonely recruits, arranged luncheons, concerts and spirited farewells; they sent small gifts and comforts to the men at the front; they welcomed the wounded from Gallipoli and encouraged recruiting and fund-raising. Like the much larger League of Loyal Women, the Cheer-Up women fostered patriotism and support for the war effort on the home front.

From 1915 the Society offered refreshment and recreation to soldiers in a large tent behind the Adelaide Railway Station. This was soon replaced by the Cheer-Up Hut which the Society erected with the help of local businesses in nearby Elder Park. The hut opened on 14th November 1915 and for the next four years over 200,000 servicemen enjoyed cheap meals and free entertainment there, courtesy of Mrs. Seager and her dedicated band of women helpers, all dressed in long, gleaming white uniforms.

With three sons in the A.I.F. and her husband a recruiting officer, Alexandra Seager said she felt duty bound to play her part in providing for the welfare of the enlisted men. Despite losing her youngest son George at Gallipoli, she continued to work full-time with the movement, recruiting volunteers and organizing activities. She co-ordinated the Society’s eighty country branches and its fund-raising, including the annual Violet Day Appeal, first held on 2nd July 1915, which became a local remembrance day for the fallen. She also wrote stirring war verses, which were published in pamphlets in 1915 and 1918 and sung by South Australian soldiers at the front.

A petite, sweet-faced woman with blue eyes and great vivacity, Seager was loved by Australian servicemen, especially the young recruits who saw her as something of a mother figure. Her concern for their well-being led her at the end of 1915 to call the foundation meeting of the South Australian Returned Soldiers’ Association. She gave the Association its first grant, of £50, from Cheer-Up funds and served as its Vice-President until 1919 when she resigned in favour of an ex-serviceman.

After 1920 the Society and the hut were closed and Mrs. Seager returned to her business. During the Depression she was involved in charity work, providing meals to unemployed and homeless former soldiers from a room at the rear of the hut. Weakened by arthritis, she later retired with her husband to their sons’ soldier-settler property on Kangaroo Island, where she wrote poetry and learned Italian. 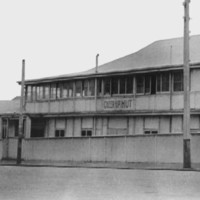 Image courtesy of the State Library of South Australia, SLSA: B 2365, Public Domain 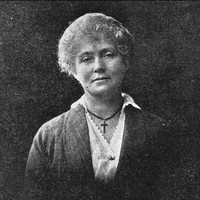 Image courtesy of the State Library of South Australia, SLSA: B 62151, Public Domain 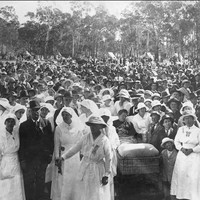 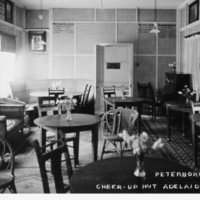 Image courtesy of the State Library of South Australia, SLSA: B 5504, Public Domain

Thornton, R., ‘Practical patriots: The work of the Cheer-Up Society in South Australia, 1914-64’, Journal of the Historical Society of South Australia 13, 1985.