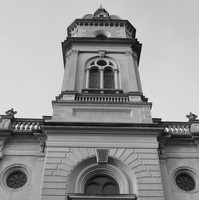 The Uniting Church in Australia is formed after more than 20 years of negotiation. It combines three churches: the Congregational Union of Australia, the Methodist Church of Australasia and the Presbyterian Church of Australia. The Church's South Australian synod is founded in conjunction with the national assembly.

After more than 20 years of negotiation the Uniting Church in Australia was formed as a national body in 1977 by a merger of Methodists, Congregationalists and the majority of Presbyterians. It thus combined the Methodist and Reformed (Calvinist) theological traditions. In South Australia, where the Methodist Church was much larger than the other two denominations, the union was achieved with little disruption; the majority of Uniting churches, especially in rural areas, are former Methodist congregations. The Uniting Church is governed by a series of interconnecting councils in which both women and men, clergy and lay people, have equal standing. Since its inception the church has ordained women to the ministry, and women have been elected to the office of moderator of the South Australian synod. Training courses have been developed to encourage lay ministry, especially in rural congregations which can no longer support a full-time ministry. Reflecting this change in strategy, in 2009 Parkin-Wesley Theological College was restructured to become the Uniting College for Leadership and Theology.

The Uniting Church has a strong tradition of study and action on social justice issues, giving early support to the cause of Aboriginal land rights. Through the agencies of UnitingCare such as Eldercare, Resthaven, the Helping Hand Centre and St Andrews Hospital, it has a substantial presence in the provision of social welfare services, aged care and private hospitals. It also operates some schools, including Prince Alfred College, Scotch College and Seymour College. Since the 1980s tensions have emerged between the church’s social activist and theologically liberal wing and a conservative evangelical minority. Many of the latter are affiliated with a national body, the Assembly of Confessing Congregations. In 2005 the South Australian synod adopted a new structure. The existing seven presbyteries (regional groupings of congregations) were collapsed into one and replaced by nine ‘mission networks’. These are groupings of congregations for mutual support based upon a shared ethos, objectives and theological viewpoint.

The Uniting Church is the third-largest religious denomination in South Australia, its adherents comprising 8.9% of the state’s population in 2011. Although there are congregations linked with the church comprising recent immigrants from Asia, Sudan and the Pacific Islands, the great majority of those who identify with the Uniting Church are Australian-born. Lacking a significant reinforcement through immigration, they form a declining proportion of the state’s population. 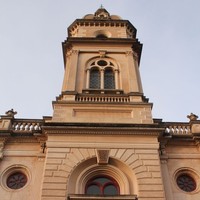 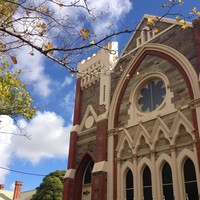