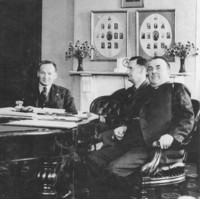 In 1909 the rural (pastoralist) Farmers and Producers Union, the rural (small wheat farmer) Liberal and Democratic Union, and the Australian National League (rural/urban/establishment), amalgamated to form the Liberal Union.
1932

The Liberal and Country League formed

Tensions, and the consequent victories by the Australian Labor Party (ALP) under the first-past-the-post election system, resulted in 1932 in a unique product – the Liberal and Country League (LCL). 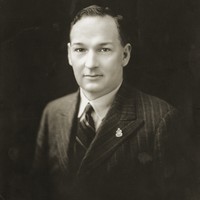 Tom Playford became premier in 1938 and would dominate state politics until his retirement after his first election loss in 1965.
1965

LCL voted out of Parliament

LCL first election loss under Tom Playford in 1965, marking the end of the Playford era.
1976

The Liberal Movement and Liberal Country League re-united, except for a small group which joined Robin Millhouse in the short-lived New Liberal Movement; the tensions arising from that period remain a cause of deep schism in the Liberal Party.

The South Australian Liberal Party was born from three political parties at the beginning of the twentieth century, and the pervading effects of the nature of that ‘fusion’ remain in the modern party. In 1909 the rural (pastoralist) Farmers and Producers Union, the rural (small wheat farmer) Liberal and Democratic Union, and the Australian National League (rural/urban/establishment), amalgamated to form the Liberal Union. From this developed the Liberal Federation, in 1932 the Liberal and Country League, and in 1976 the South Australian Division of the Liberal Party.

Fusion into a single non-Labor party lasted only until the early 1920s, when a Country Party re-emerged to compete with the Liberals. Tensions, and the consequent victories by the Australian Labor Party (ALP) under the first-past-the-post election system, resulted in 1932 in a unique product – the Liberal and Country League (LCL). The concession demanded by the Country Party – a 2:1 ratio in favour of rural areas to be built into both the structure of the LCL and the state’s electoral system – was fundamental to rural interests within the new party and to the eventual electoral success of the LCL. The latter applied first in the 1933 election, and was the foundation for the ‘golden age’ of the LCL – the record successes in the Playford era. Tom Playford became premier in 1938 and dominated state politics until his retirement after his first election loss in 1965.

The Playford era was a period of rapid industrial and economic expansion, with development encouraged by grants, tax ‘holidays’ and pressure on the federal Liberal government. The development of the coal resources, and subsequent takeover of the Adelaide Electric Supply Co. to form the Electricity Trust of South Australia (ironically privatised by the Olsen Liberal government in 2000) was the basis of the industrial development – especially in the motor vehicle and ‘white goods’ areas – and the rapid population growth that followed. At the same time, Playford’s conservatism was not supportive of many social and individual freedom policies, and South Australians lived under a tight moral code.

Decline of the LCL

The affairs and fortunes of the party then went steadily downhill. After an unbroken record of almost three decades in government, from 1965 to 1993 the Liberal Party had only two single terms, under Steele Hall (1968–70) and David Tonkin (1979–82). In the 1993 election, following the State Bank’s collapse, a record anti-ALP swing swept the Liberal Party into government with an unprecedented majority of 37 of the 47 seats in the House of Assembly. But at the next general election in 1997, the party was reduced to a minority government in a hung parliament, losing three of its safest seats to independents.

Three inter-related components are crucial to this decline. The Playford era rested primarily on a severe malapportionment favouring rural areas and the LCL. In 1968 the new leader of the parliamentary LCL, Steele Hall, with the support of moderates in the party and ALP, legislated to reform this electoral bias. The following election in 1970 saw Liberal and ALP electoral support more accurately reflected in the parliament, and the Dunstan ALP decade began. In 1975 the ALP government completed this reform by introducing the principle of ‘one vote, one value’ in the composition of House of Assembly electorates.

The second component flowed partly from the electoral reform carried out by Hall. The ‘old guard’ had opposed it from the start, and subsequent attacks on Hall from within the party led to his resignation as leader, and his formation of a ‘party within a party’ – the Liberal Movement (LM). After the 1973 election, which saw LM pitted against LCL, the LM was expelled from the LCL. In 1976 the LM and LCL re-united, except for a small group which joined Robin Millhouse in the short-lived New LM; the tensions arising from that period remain a cause of deep schism in the Liberal Party.

The third reason for the decline is that the internal dynamics of the party have been transformed. Under Playford the party was dominated by the Adelaide establishment and the rural component, the latter protected by the 2:1 electoral bias. The third component of the party, the urban middle class, was virtually without power. By the 1970s this had been reversed, with the changes to the electoral system and the party structure. The urban middle class is now close to controlling the numbers, increasing tensions in the party.

In 2000 two resignations from the parliamentary Liberal Party underlined the extent and depth of these internal divisions. Membership has declined seriously: over 56 000 members at the close of the Playford era had dropped to 38 000 by 1972 and membership was probably no more than 10 000 in 2001. The party remained deeply divided over ideology, policy and leadership. It was under increasing attack from a revitalised National Party in what was once its rural heartland. The Olsen government became even more ‘minority’, with opinion polls reflecting electoral trouble. Since the 1980s the party has been split into two factions: the John Olsen-led economic rationalist (dry) faction and the ‘moderate’ faction. It is also bedevilled by a personal split between Olsen and the leader he deposed after the 1993 election victory, Dean Brown. The next election, in 2002, tested the ability of the Liberal Party to reform itself.

This is a revised version of an entry first published in The Wakefield Companion to South Australian History edited by Wilfrid Prest, Kerrie Round and Carol Fort (Adelaide: Wakefield Press, 2001). Revised by the author, uploaded 16/6/15 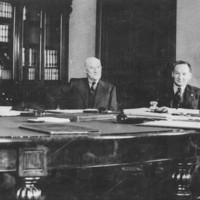 Image courtesy of the State Library of South Australia, SLSA: B 7755, Public Domain.