The National Trust of South Australia Act passed through parliament on 8 December 1955.

With 50 branches, 138 properties and 4500 members, the National Trust of South Australia (NTSA) is the largest historical organisation in the state.

Moves to preserve the state’s early buildings began in the 1920s when local residents persuaded the government to purchase and restore Dingley Dell in the South East, briefly home to poet Adam Lindsay Gordon. However, other efforts to save particular buildings, often linked to attempts to form a museum of South Australian history, proved fruitless. The natural environment was better served.

Increasing industrialisation and urbanisation after World War II strengthened calls to preserve the natural and built environment. Chief among the protagonists were HA (Bill) Lindsay, a prolific author, conservationist and founder of the Adelaide Bushwalkers Club (1946), and Geoffrey Clarke, honorary secretary of the Pioneers’ Association of South Australia and the Liberal and Country League member for Burnside. Between 1947 and 1955 they worked for the formation of an organisation modelled on the National Trust in England. Premier Tom Playford at first rejected their requests for government support, but on 12 August 1955 acceded to their wishes for enabling legislation without financial commitment: the National Trust of South Australia Act passed through parliament on 8 December 1955.

Each state and territory now has an autonomous national trust linked through the Australian Council of National Trusts. The NTSA was the second state national trust, following New South Wales (1945). At the inaugural meeting on 7 March 1956 the chairman, Keith Angas, emphasised that the Trust would not be a revolutionary organisation; indeed the election as president of Sir Arthur Rymill, a former lord mayor of Adelaide and at the time a member of the Legislative Council, set the tone of the organising committee and membership.

The initial focus of the Trust centred on the natural environment. It received its first donation, 113 acres at Humbug Scrub near Kersbrook in the Adelaide Hills, before incorporation, and by 1965 had acquired 15 properties. Even more extraordinary was the growth in the branch network. HC Kempe organised the first branch at Renmark in the Murray Region in 1957, and South East branches, at Millicent and Mount Gambier, were formed in 1960. Others quickly followed; by 1966 there were 15 rural and two urban branches, and 39 rural and seven urban branches by 1975. The number of branches of the NTSA and the extent of their properties is unique among Australian national trusts.

The focus of many branches gradually diverged from the original emphasis on the natural world, members realising the necessity to preserve the physical environment. As they restored old, often neglected buildings and opened them to the public as museums, collecting artefacts for these museums became their most important activity. Most members cared principally about the European past, and few considered saving either the natural or physical relics of Aboriginal society.

The NTSA began as a cautious and conservative body whose members, drawn principally from Adelaide’s establishment, were anxious not to offend business or property interests. However, after being criticised for failing to take a leading role in the campaign to save Adelaide’s historic Edmund Wright House in 1971, the Trust began to take a more active role in preservation. Rather than waiting for historic buildings to be threatened, it enlisted the support of the owners to preserve them.

By the late 1970s the Trust had listed some 3944 properties for their architectural, historic or landscape significance; in 1978 listing passed to the state government after introduction of heritage legislation. While a Trust classification of importance is respected by state and local governments and private organisations and individuals, it has no legislative power to protect the natural or built environment. Hampered by problems of funding and characterised by the strengths and weaknesses of a largely community membership, the NTSA nevertheless remains pivotal in moves to preserve remnants of the past throughout the state. 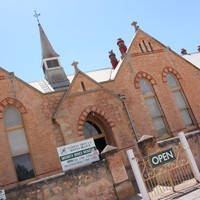 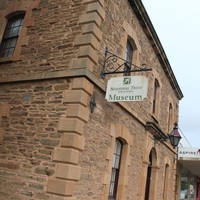