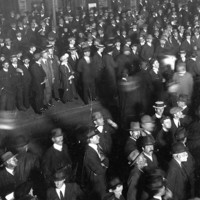 The Democratic Labor Party (DLP) in South Australia emerged from the 1955 split which convulsed the Australian Labor Party (ALP) throughout Australia.
1962

DLP receives its highest vote in an election

The DLP its highest vote in the 1962 state election with 8% of the vote. During this period the DLP was at its peak, claiming a membership of 800.
1974

The Democratic Labor Party (DLP) in South Australia emerged from the 1955 split which convulsed the Australian Labor Party (ALP) throughout Australia. While it mirrored most aspects of the party elsewhere, the South Australian party was the least successful component of the DLP in mainland Australia. The social, political and party environment in South Australia was not as favourable as elsewhere: the DLP drew its members and leaders overwhelmingly from people of the Catholic faith, but the state then contained the lowest proportion of Catholics in the Commonwealth.

Likewise, the Labor split was not as cataclysmic in South Australia as elsewhere. Labor’s internal party structure was tight and ‘consensual’; the four parliamentary leaders of the ALP were Catholics who remained firmly committed to both their party and their faith. No trade union affiliated with the DLP, and no prominent Labor person defected to the party. As a result, the DLP lacked a ‘party’ foundation, and failed to generate the exodus from Labor which provided that foundation elsewhere. The hierarchy of the church which elsewhere, especially in Victoria, had offered strong support, stood aside from the South Australian DLP and suggested to the flock that Communism could be opposed from within any party.

As a result, the DLP remained a very minor party in South Australia for its brief 20 years of active life. Certainly it tried to be effective. Under the guidance of its party secretary, Mark Posa, a well-known football umpire, the party contested all state and federal elections from 1956 to 1970, but with little electoral support and no success in winning seats. Its highest vote was only 8% in the 1962 state election, and its tactic elsewhere of using preferences as a means of securing concessions from the Liberal Party was rarely available; it was virtually ignored by both major parties.

The decline of the DLP

The DLP reached its peak in the mid 1960s, claiming a membership of 800. However, after the 1970 election, when it won only 3.3% of the vote in the ten seats it contested, the party reverted to its pressure-group status as the South Australian branch of the National Civic Council. Its final electoral attempt was in the Senate election of 1974, when its support of less than 1% confirmed the wisdom of the 1970 decision. 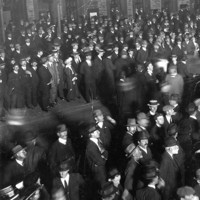