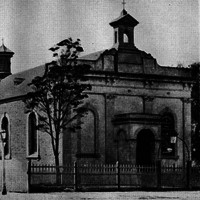 Churches of Christ were established in South Australia in the 1840s as part of a Protestant reform movement that arose independently in Britain and the United States of America. Priding themselves in being ‘a peculiar people’ they promoted the restoration of New Testament Christianity and Christian unity through rejection of divisive ‘man-made’ creeds and denominational traditions, and a return to the beliefs and practices of the early church.

South Australian pioneers included Scottish migrants John Aird and several families of Lawries who established a congregation at McLaren Vale on the Fleurieu Peninsula in 1847, and Irish-born Thomas Magarey. Initially associated with the Scotch Baptists, in 1848 Magarey, with other restorationists, formed a congregation of Disciples of Christ in Adelaide. Suburban and country congregations were soon established and links forged with Churches of Christ in Victoria.

In matters of doctrine and polity, the influence of the British Churches of Christ was at first dominant. Biblical literalism, the rejection of formal creeds, baptism of believers by immersion, weekly observance of the Lord’s Supper, lay leadership, unadorned buildings and worship style, and congregational autonomy were the hallmarks of the movement. The appointment of American evangelist TJ Gore to the Grote Street, Adelaide congregation in 1867, the subsequent acceptance of evangelists as a key element of effective ministry and church growth, and the development of formal links among the congregations were evidence of the impact of more liberal American influences.

From 1875, annual conferences of Churches of Christ congregations, while powerless to legislate in matters of faith, doctrine or discipline, imparted confidence and a sense of identity. By 1883, the Evangelistic Union of Churches of Christ in South Australia had emerged. It was soon participating in intercolonial Churches of Christ conferences, and supporting two new ventures: the extension of the movement to Western Australia, and, from 1907, the establishment of a Federal College of the Bible (now Stirling Theological College) in Melbourne. This growth was accompanied by an erosion of some rigid attitudes and the development of a more cooperative spirit towards other denominations. In addition, training for the ministry began to undermine opposition to formal doctrine and theology.

Growth and decline – and a new focus?

The period from 1910 to 1930 saw growth, encouraged by a trained and paid ministry and by coordinated outreach activities. Numbers claiming adherence to Churches of Christ, always in excess of church membership statistics, peaked at 3.04% of the state’s population in 1921. Growth in absolute numbers for some time after this imparted optimism and masked the beginning of a long and sustained decline. New congregations were established and Sunday Schools flourished, especially following the Second World War. Conference-supported activities proliferated in Australian and overseas missions, youth work and social services.

The post-war ecumenical movement generated significant internal dissension over the appropriateness of supporting forms of Christian unity not based on the restoration of New Testament Christianity. South Australian Churches of Christ characteristically adopted a liberal stance on such matters, and, especially since the 1970s, openness and flexibility grew. Ministerial training became more ecumenical and more theologically sophisticated. While there have never been theological barriers to female ministry in Churches of Christ, the exercise of leadership was not generally extended to women until the 1970s, and an under-representation of women in the ministry persists.

At the 2006 census, 7142 South Australians (0.47% of the population) claimed adherence to Churches of Christ, although church records revealed an active membership of less than half that number. Of the sixty-one congregations in existence at the end of 2010, only eleven had an active membership of more than one hundred and fifteen had fewer than twenty. Churches of Christ in South Australia now differ little from other Protestant denominations in fundamental beliefs, views of the Bible and community involvement, but remain distinctive in their informal worship style and the centrality they accord the Lord’s Supper and lay leadership. Clearly a denomination rather than a movement to end denominationalism, their separate existence attests to the continuing influence of their history. But the recent discernible decline in readiness to identify with the ‘denominational brand’ reflects the preoccupation of leaders and younger members with local priorities and with the movement’s current, rather than historic, mission.

This is a revised version of an entry first published in The Wakefield Companion to South Australian History edited by Wilfrid Prest, Kerrie Round and Carol Fort (Adelaide: Wakefield Press, 2001). Revised by the author. Uploaded 12 December 2013. 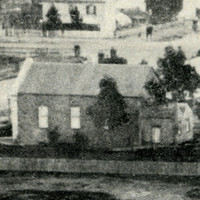 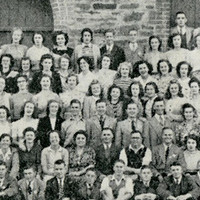 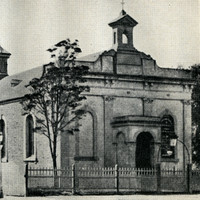 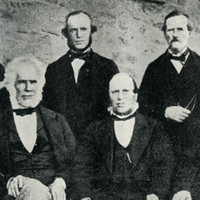 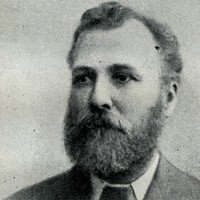 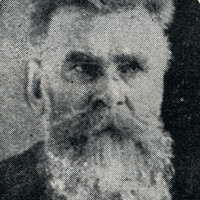 Churches of Christ in SA and NT, Convention Reports 2010.

Taylor, HR, The story of a century: A record of the Churches of Christ religious movement in South Australia, 1846–1946 (Melbourne: Austral Printing and Publishing Co. Ltd, [1946]).