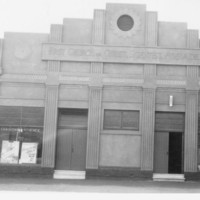 The first South Australian meetings of the Church of Christ, Scientist are held in Adelaide.
1922

A Christian Science reading room is established at North Terrace in Adelaide.
1927

A society of Christian Scientists formed in 1919 is formally recognised by the Mother Church in Boston as the First Church of Christ, Scientist, Adelaide.
1957

A church and meeting house is constructed for South Australia's Christian Scientists on the corner of North Terrace and Frome Street in Adelaide.

The founder of Christian Science was Mary Baker Eddy, a New England Congregationalist, who sought to understand the divine law or ‘science’ that Jesus demonstrated when healing the sick. Her book Science and health with key to the Scriptures (1875) is for Christian Scientists both a textbook for study and, alongside the Bible, a source of readings in public worship. The Church of Christ, Scientist was founded in 1879 in Boston, Massachusetts. Christian Science was introduced into Australia in the 1890s; the first meetings in Adelaide were held in 1909. Women whose needs were not met by prevailing medical orthodoxies predominated among its adherents; the first South Australian Christian Science practitioner was Maud Walenn.

In 1919 followers of the movement formed a society which in 1927 was recognised by the Mother Church in Boston as the First Church of Christ, Scientist, Adelaide. Committed to transmitting its message through public lectures and literature, the first Christian Science lecture was held in Adelaide in 1920 and a reading room in North Terrace was opened in 1922. Sunday services and Wednesday evening testimony meetings were held in a succession of rented premises in central Adelaide for more than 30 years. Since 1957 services and meetings have been held in a church on the southeast corner of North Terrace and Frome Street. Christian Scientists in the southwest of the metropolitan area began meetings in 1941 and in 1978 were recognised by the Mother Church as the First Church of Christ, Scientist, Brighton. Another society served the Salisbury area between 1974 and 1991. Christian Science in South Australia is numerically small and traditionally regarded by the major Christian denominations as unorthodox. However, through its literature, lectures, weekly radio program and testimonies of healing the church has achieved wider influence and acceptance. Although public services are still held in Adelaide and Brighton, the general activities of the movement are now largely available online at http://christianscience.com, http://spirituality.com and http://www.csmonitor.com 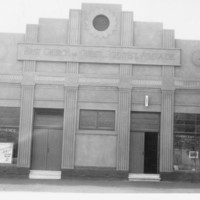 Image courtesy of the State Library of South Australia, SLSA: B 6940, Public Domain