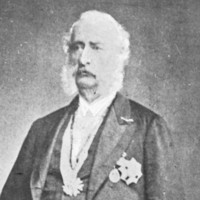 The opening of Parliament 1857

South Australia’s first fully elected Parliament opened on 22 April 1857. The South Australian Register described it as the first ‘fully worthy’ to be called a Parliament, and ‘the first in which the sovereignty of the people is faithfully represented’. People had begun gathering on North Terrace in the morning, keen to be among the 200 or so who could fit into the Legislative Council’s new public galleries. By three o’clock in the afternoon the crowd outside had swelled to about one thousand. At 3.30 pm the vice-regal 19 gun salute boomed from the gun paddock and Governor Sir Richard Graves MacDonnell, on horseback, acknowledged the cheering of the crowd as he made his way past a guard of honour.

Governor MacDonnell then officially opened the first session of Parliament, where, in the words of The Register, the community of South Australia ‘entered publicly and formally into the position of a free, self-governed and constitutional State’. Members swore the Oath of Allegiance, pledging loyalty to the British Crown. The newly elected Members of the House of Assembly included Friedrich Krichauff, who had arrived in South Australia following the unsuccessful 1848 revolution in Schleswig-Holstein, and Jewish Member Morris Lyon Marks. The Register reported that when Lyons came to take the oath, he ‘opened the Bible at the Book of Moses, and, having placed his hat upon his head, took the oath according to the Judaic form’. He then signed the Oath of Allegiance.

Next came the election of the first Speaker of the House of Assembly.  The presiding office of Speaker was, said John Bagot, ‘a position of honour and dignity second to none other in the colony’. George Strickland Kingston, a democrat, was appointed by unanimous vote.  In his acceptance speech he said that it gave him ‘great gratification to be chosen Speaker of the first South Australian House of Assembly elected by universal suffrage and the ballot’.

The result of five years of public discussion, dissension and debate, the Constitution and Electoral Acts of 1856 had created a political and electoral system which was both democratic and radical for its time. South Australia had a fully elected Parliament, elected by secret ballot. The House of Assembly had 36 members elected for three year terms by universal manhood suffrage and equal electoral districts based on population. The Legislative Council had 18 members elected for twelve year terms by those meeting a moderate property qualification. The whole colony was treated as one voting district for the Legislative Council.

However, despite the pomp of the ceremony of the opening of the first Parliament, the election would have been something of a disappointment to those who had campaigned hard for a democracy which included universal manhood suffrage and the secret ballot. Voter turnout had been low in the election of both houses, with only around half of eligible men voting.

The first House of Assembly included merchants, manufacturers, professionals and those associated with the land - pastoralists and farmers, as well as a miller, a vigneron and a land agent. The 36 included Robert Torrens, Francis Dutton, Boyle Travers Finniss, John Baker, John Hughes and George Strickland Kingston. Members were not paid, which limited candidates to those able to support themselves financially or able to fit their paid work around their Parliamentary commitments.

Most of the 18 Members elected to the Legislative Council were already prominent in the public affairs of the colony, including Henry Ayers, George Fife Angas, Charles Everard, John Morphett and Anthony Forster. Seven gave their occupation as landowners or pastoralists. There were also two solicitors, two doctors, two merchants, a capitalist and a financier. Boyle Travers Finniss, who led the first Ministry as Chief Secretary, described the Councillors as ‘among the wealthiest of the colonists’ and ‘eminently Conservative’. 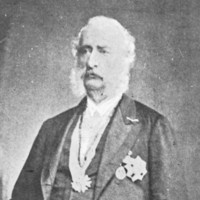 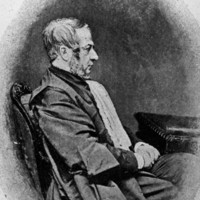 Sir George Strickland Kingston, the first Speaker of the House of Assembly. He was knighted in 1870. 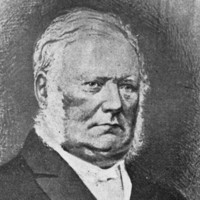 Sir James Hurtle Fisher, the first President of the Legislative Council. He was knighted in 1880. 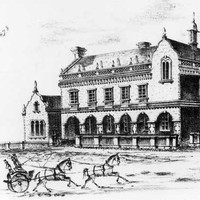