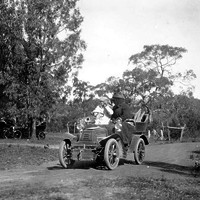 Standing on the side of the road, waving at a cavalcade of heritage vehicles parading past is an experience many South Australians grew up with. A nationally renowned event, the Bay to Birdwood is a vehicle run held annually in September. Vehicles travel 70 kilometres from the ‘Bay’ in West Beach to Birdwood in the Adelaide Hills. On alternating years, the Bay to Birdwood Run includes vehicles manufactured before 1956 and the Bay to Birdwood Classic features vehicles produced between 1956 and 1981. It is a tradition that has taken place for over three decades.

The Bay to Birdwood celebrates an important moment in Australian motoring history. With the introduction of motor vehicles in the late 19th century the world had changed, and men and women were learning how to use and control this new technology. South Australia was the first state to enact laws that regulated how vehicle owners behaved on the roads. In 1904 a Motor Regulation Act introduced speed restrictions and required that the name and address of the owner was visible on their vehicle. Two years later, on August 30, Dr William A Hargreaves, a government analyst and the chief inspector of explosives, became the first person to be granted an Australian driver’s licence. He was also the first person to receive a registration plate. From September 16, 1906 registration plate ‘SA 1’ was attached to his Beeston-Humber. The Bay to Birdwood was created to commemorate this event.

It is uncertain who conceived the idea for a vehicle run, but the event was initiated by the Federation of Historic Motoring Clubs. The Federation invited SAS (TV Station), Channel Ten and the National Motor Museum to join them in developing an event to commemorate the issuing of the first driver’s licence. The inaugural Bay to Birdwood was held on Sunday 28 September 1980. 669 vehicles attended the event, at a cost of $4.00 per entry, which included entrance to the museum and a commemorative plaque. The preservation of historic vehicles has become an important part of South Australian culture, with the state leading the country in per capita rate of historic vehicle ownership. 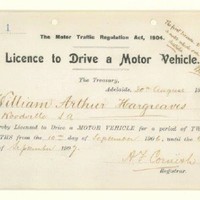 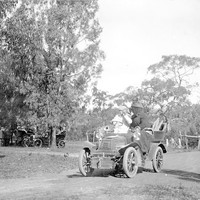 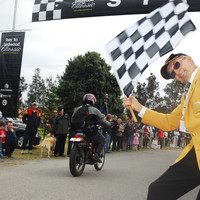 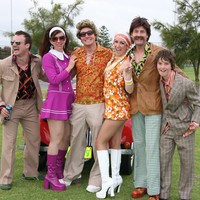 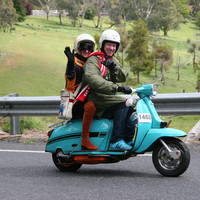 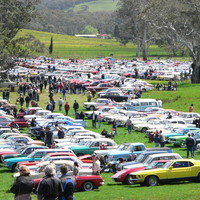 Thanks Bob,
I'll pass this information on to the team at the National Motor Museum.

If you were to check you library and files at the 'Mill' you should come across 2 large Lever Arch folders containing all 996 of the 1980 entry forms for the Bay to Birdwood Run, and notes from me as to who were my committee and what jobs they were to do. They were placed there for safe keeping.
As the minutes of several clubs will show that we started on the conception, as you put it in 1976, Myself and my Father.
I also designed the Logo.
Bob Chantrell