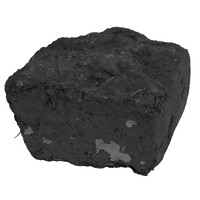 Kangaroo Island has a long history of European settlement and habitation. From 1802 sailors, runaway convicts, and sealers made makeshift camps there. The Island was later chosen as the first place of settlement for the South Australian colony in 1836. Settlers on the Island struggled with poor soil and a harsh environment. As it became more apparent that the island was not suitable for extensive settlement, more of its settlers moved to the mainland. This brick is representative not only of the style of building materials used in the early settlement, but is also indicative of its gradual abandonment of over time. However, despite the fact that many preferred to leave for the mainland, Kangaroo Island continues to be inhabited to this day, which also makes this brick symbolic of the rich migrant heritage of the island. 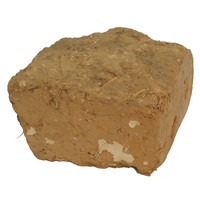 I fully appreciate the recording of this artefact and that it is preserved in this way for access by the public. So first, thank you. However with respect I would not say the brick is "indicative of [Kangaroo Island's] gradual abandonment of over time.". To the contrary, it is indicative of the resilience of the early settlers, who over time built a thriving community that continues today. Island settlements at Kingscote, Penneshaw, Parndana and American River were only the hubs of more widespread farming communities with a rich history being recorded today. These bricks - any bricks - are a testament to long term commitment, rather than slow abandonment. Although the settlement at Kingscote/Reeves Point was abandoned by the SA Company, the township stayed, and grew, as did other island centres. This is why we see remnant bricks as a housing material, not just the more ephemeral materials. Please reconsider this wording. Thank you.