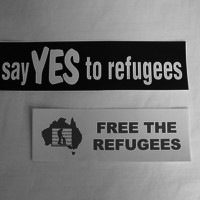 With the abolition of the ‘White Australia Policy’, Australia began to accept non-European refugees. Since then refugees have come from internal conflicts, ethnic tensions and human rights abuses in South East Asia, the Middle East, South and Central America, the African continent and the Balkans.
1999

The Woomera Immigration Reception and Processing Centre, opened in 1999 in the state’s Far North, was built to hold unauthorised arrivals to Australia until their refugee status was determined.

German Lutherans fleeing religious persecution in the Prussian province of Brandenburg in 1838 and 1841 were South Australia’s first refugees. They established townships and farms first at the village of Klemzig, a few kilometres northeast of Adelaide, and then in the Barossa Valley and the Adelaide Hills. George Fife Angas, a founder of the South Australian Co., assisted them. As a zealous Baptist and religious Dissenter, he had secured religious toleration as one of South Australia’s founding principles.

European Refugees in the Twentieth Century

A century later, in the late 1930s, Australia reluctantly accepted 8000 Jewish refugees who had fled from Hitler’s Europe. Most joined the larger Jewish communities in Melbourne and Sydney. Only about 130 settled in South Australia, mainly in Adelaide although some went to the Kuitpo agricultural colony.

Since the Second World War Australia has accepted almost 600 000 refugees under its obligations to the United Nations. Between 1947 and 1953, through the International Refugee Organization, some 170 000 Poles, Latvians, Lithuanians, Estonians, Ukrainians and others left homeless through war and Soviet domination of their homelands arrived in Australia. Initially, the Australian government selected young, fit and single ‘Displaced Persons’ (DPs) from the Baltic countries as most likely to blend in with Anglo-Celtic Australians, and contracted them to undertake two years of unskilled labour in return for their travel costs. From 1949 other nationalities and families arrived. About 15 000 DPs worked on South Australia’s roads and railways, and in its mines, shipyards, forests, orchards, factories and essential services. Dependent wives and children waited at the Woodside Reception Centre, the women often working on farms, in factories such as the Onkaparinga Woollen Mills or as cleaners. Some DPs later started their own businesses or studied for professional qualifications.

In 1956 Australia accepted Hungarians and in 1968 Czechs and Slovaks, all fleeing Russian military repression, without imposing work contracts. With the abolition of the ‘White Australia Policy’ in 1973, Australia began to accept non-European refugees. Since then refugees have come from internal conflicts, ethnic tensions and human rights abuses in South East Asia, the Middle East, South and Central America, the African continent and the Balkans. Most had first spent time in resettlement camps elsewhere, although 2000 of Australia’s 100 000 Vietnamese refugees were ‘boat people’ who sailed across treacherous waters in unseaworthy vessels to reach Australia’s northern shores. During the 1990s about 11 500 ‘asylum seekers’ from countries including Iran, Iraq and Afghanistan also arrived by boat. With detention mandatory in Australia for unauthorised arrivals, they were held in detention facilities, including the Woomera Immigration Reception and Processing Centre (opened 1999) in the state’s Far North, to await determination of their refugee status. Also in 1999 Australia became a temporary ‘safe haven’ for 4000 Kosovars until it was deemed safe for them to return to their war-torn Yugoslav province. About 130 stayed at the Commonwealth Department of Defence barracks in Hampstead, an Adelaide suburb. Local churches and volunteer organisations such as Red Cross assisted in their welfare.

To cater for the special needs of non-English speaking refugees, federal and state governments established language, health, welfare and training programs. South Australians have helped refugees through various programs and organisations, including the Community Refugee Settlement Scheme (established 1979) and the Indo-China Refugee Association (established 1975 and renamed the Australian Refugee Association in 1994).

South Australian Opposition to the Settlement of Refugees

Some Australians have opposed the settlement of refugees. In the late 1970s and 1980s, in a climate of economic rationalism and restructuring, trade unions, fearful of job losses and high unemployment, resisted the influx of large numbers of refugees. Right-wing groups such as National Action (founded 1982 by Michael Brander in South Australia) and the One Nation political party (established 1997 by Pauline Hanson in Queensland) have espoused anti-Asian immigration policies. However, refugees contribute in many ways to South Australia’s civic and economic life, whether as individuals like Henry Ninio, a former lord mayor of Adelaide, who arrived among Jewish refugees forced out of Egypt in the late 1950s, or as communities such as the Vietnamese market gardeners of Virginia, to Adelaide’s north. In general refugees have enriched and diversified South Australia’s religions, universities and schools, food, the arts, newspapers, clubs and sports. 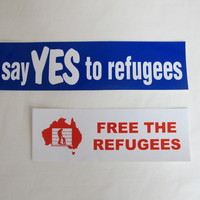 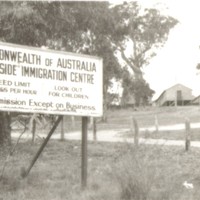 Jupp, J (ed.), The Australian people: An Encyclopedia of the Nation, its People and their Origins (Sydney, Angus & Robertson, 1988)

Migration Museum, From Many Places: The History and Cultural Traditions of South Australian People (Adelaide: Migration Museum (History Trust of SA) in association with Wakefield Press, 1995)