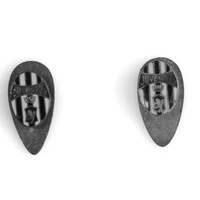 Pair of cufflinks in the Adelaide Juventus Sports and Social club design.

Antonio Giordano was a keen promoter of sports and social activities for Italian migrants. He was the chairman of the Adelaide Juventus Sports and Social Club between 1960 and 1962. These cuff links carry the club insignia. They were donated to the Migration Musem after Antonio's death in 1984.

Italian and other Southern European migrant communities were instrumental in increasing the popularity of soccer in Australia. Antonio Giordano's involvement in the Italian community in Australia involved a range of activities, including the promotion of sports and social gatherings. He helped set up the Roma Amateur Sports Club in 1955, and edited its newspaper. The Adelaide Juventus Sports and Social club was another organisation he headed which not only promoted sports as a way of bringing members of the community together, but also as a link with other clubs supporting Juventus in Italy and around the world. These cufflinks are an example of how identity was expressed both through sport and nationality.

Pair of cufflinks featuring the Juventus insignia, which is navy-blue, white, black and gold, with the name of the club over a lion in a shield under a crown. 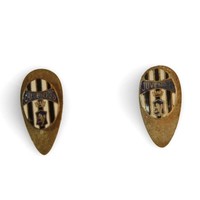